Craft Day Trip: A Visit to The Swan at Stratford St Mary

In that strange grey twilight between Christmas and New Year we met up with Nate at BrewDog Shepherd’s Bush for a few beers. As usual, whenever Nate’s in town, worshippers flock to the scene. We were joined by Jonny from The Craft Beer Channel and Ed, Beer Overlord manager at The Swan in Stratford St Mary (that’s in Suffolk in case you didn’t know). Ed kept showing off about his beer selection at The Swan and over the course of the afternoon, as the beer flowed, we all became convinced that we should take a day trip to Suffolk to witness these marvels for ourselves. 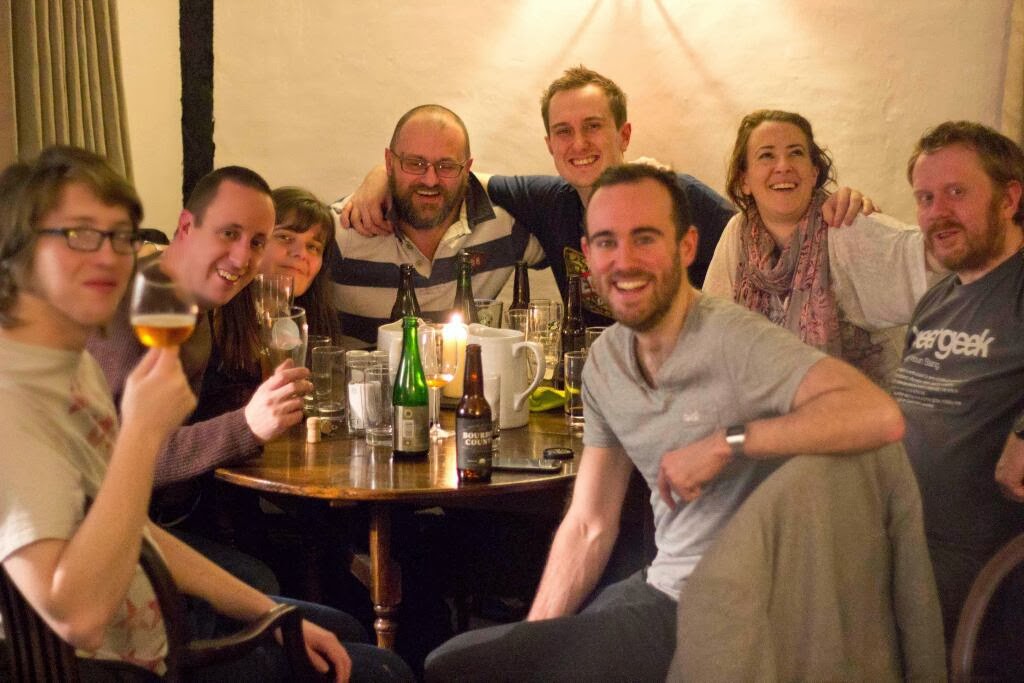 (image courtesy of Jonny Garrett)
We settled on Saturday 1st February for this prestigious event and awaited it with great anticipation. As the date got closer we picked up a few more participants. Steve from The Beer O'Clock Show fancied a special occasion to celebrate the end of his dry January and along with him we also bagged Justin and His Magical Palate. And what Craft Day Trip could possibly be complete without Chris Hall?

We'd arranged to meet at Colchester station and get a cab together to the pub. Those of us coming from London managed somehow to get on different trains. But eventually Chris and I met Nate, Steve and Chris Hall at the station. Bad weather-something-something had messed up trains in the Colchester area creating a line of people waiting for non-existent cabs in the cab rank. Feeling a bit itchy for a beer after about...30s of queuing I used my phone to access that internet thing in order to request a cab from a local firm. As I got off the phone a woman in the queue asked me how I had ordered a cab. I showed her my phone. ‘With this,’ I said and gave her the phone number. I know it’s been a while since I was last in Colchester but have things regressed this much?


Our friendly cab driver soon arrived to take us away from the strange milling crowds. We’d been in the car five minutes when the driver, having confirmed that none of us knew where we were, asked if we weren’t worried that she was going to murder us since she was taking us through all of these back roads. Well, we hadn’t been up to that moment, but since she mentioned it... It was a relief to get out of the cab and into the pub a short while later. As we stepped inside Ed produced a round of Adnams Ghost Ship on the house: creating a fantastic first impression. We spotted Justin and his wife Sarah in the adjacent bar, having finished their lunch, and crashed their table.

I’d requested a food menu from Ed earlier in the week and was getting rabidly excited at the thought of clementine parfait with mint and blood orange and also EVERY OTHER THING ON THE MENU. Each dish has a suggested wine and a suggested beer pairing. I was already impressed. But before we get to the food there was beer.

We had three cask, 12 keg and an obscene amount of bottled beers to choose from. After our Ghost Ship we moved onto Flying Dog’s Vineyard Blonde on keg, a vinous Belgian hopped with Nelson, beginning the first of many flavour queries from Justin – about which style white wine it most resembles. I can't recall the answer. Feel free to fill us in, Justin!

Sadly Ed was working that day, busy keeping us supplied with an endless stream of delicious beer, which we barely had to get out of our seats for. No sooner were our glasses empty than he’d appear like the shopkeeper from Mr Benn, asking what we fancied drinking next and bringing it out with appropriate glassware. But he did occasionally manage to join us for a chat. 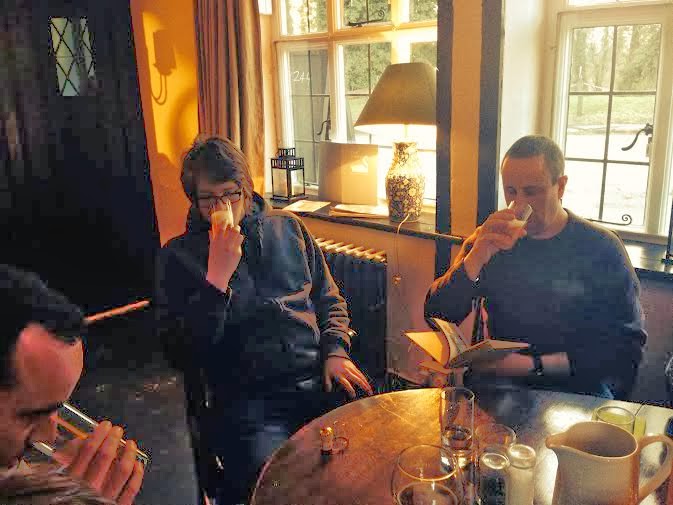 Beer was sampled. Lots of beer. And by 'lots of beer', I mean lots of different beers were tried, rather than a large volume of beer. Which, frankly, is my favourite way to enjoy beer. Justin was kind enough to share his bottle of Jolly Pumpkin Madrugada Obscura with us. Most of the other beers were from Ed's extensive bottle list. I'm going to go right out there and say there were simply too many to list here. If you're curious check it out on Untappd. There was a lot of that beer snorting thing going on. 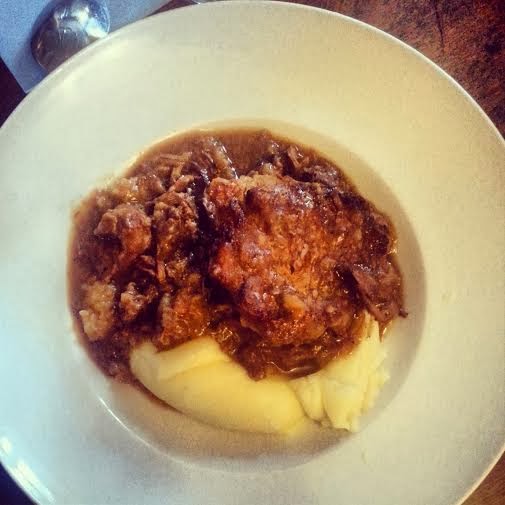 Sometime around, I don't even know... ever-so-slightly-tipsy o'clock or something, this glorious beef carbonnade appeared from nowhere, without any of us asking for it. As if by magic. And it disappeared just as magically. I think I probably looked like Fantastic Mr Fox scoffing his breakfast while I was eating it (see below). Then, later there was 'a round of cheese boards'. Sounds good, doesn't it? It was.

Essentially, the take home message is this: some people who appreciate good beer and good food went to a lovely, historic pub (which is NOT in London) where they had a marvellous time and were utterly spoiled with fantastic customer service. If you are like beer and food then you should definitely go there and see what all the fuss is about.

P.S. While I was writing this I discovered that The Swan has guest rooms. Next time we're staying over!