Can you make a cake with Special Brew?


On Monday I drank Special Brew for the first time in 20 years as part of the tasting round of the Beer Geek quiz at Craft Beer Co in Islington.

On Thursday a colleague handed me a recipe for a 'Chocolate and Beer' cake. I scanned the recipe to see where the beer fitted in. 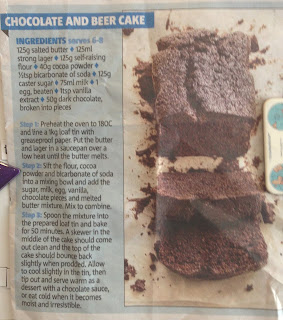 Another colleague asked me, ‘Could you make a cake with Special Brew?’

Even if it has a more complex flavour profile than Camden Hells (according to my palate on Monday night) I'm still not going to knowingly consume it.

Ultimately I was persuaded to make two cakes. For Science. One with a beer I'd actually choose to drink and the other with Special Brew.

Except that when I was in the shop buying some soft drinks I stopped in front of the beer fridge and stared at the cans of Special Brew. And kept staring, while I twitched and fidgeted... And then I decided that no, sorry, I just can’t do this. Not even For Science. When I got home Chris told me off for caring too much what other people thought.

So I opened our beer cupboard and selected a lager and a stout. 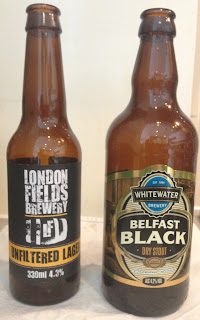 I made two identical cakes - except for the beer component. When they were finished I made Chris and two friends take the Pepsi challenge. Annoyingly but predictably they all correctly identified the cake made with stout. Both cakes were delicious but the one containing stout turned out to have a better, more moist texture. 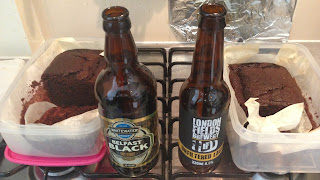 Really not sure why anyone would choose lager over a richer, sweeter beer for use in a chocolate cake. Seems like a no-brainer to me. I recommend the recipe though. Simple and delicious. It'll keep a few days in an airtight container. If you like chocolate, give it a go.

I can vouch for the deliciousness and for the slightly greater moistness in the stout cake.

Thanks. Next time I'll make it with our beer. Not that we have any stout right now. I could try the new porter though, that'd be the next best thing.