My first experience of drinking beer cocktails was in BrewDog Glasgow in 2012. As soon as we arrived I spotted a board with a list of three beer cocktails and got a bit excited. I loved beer. I loved cocktails. Surely a beer cocktail could only be better than the sum of its parts, right? My drinking companions quickly talked me down and insisted that we have a couple of rounds of beer first to work our way up to the cocktails. Eventually I got my way though and we tried one of each cocktail. Now, I don’t recall exactly what they were called or precisely what was in them (I know mine was made with Punk) but one thing they all had in common was that they were decidedly less pleasant than any unadulterated BrewDog beers. My friend Vanessa described hers as tasting like ‘old ladies shoes that have been kept in a cupboard for a long time’. We didn’t want to finish them and went back to beer instead. 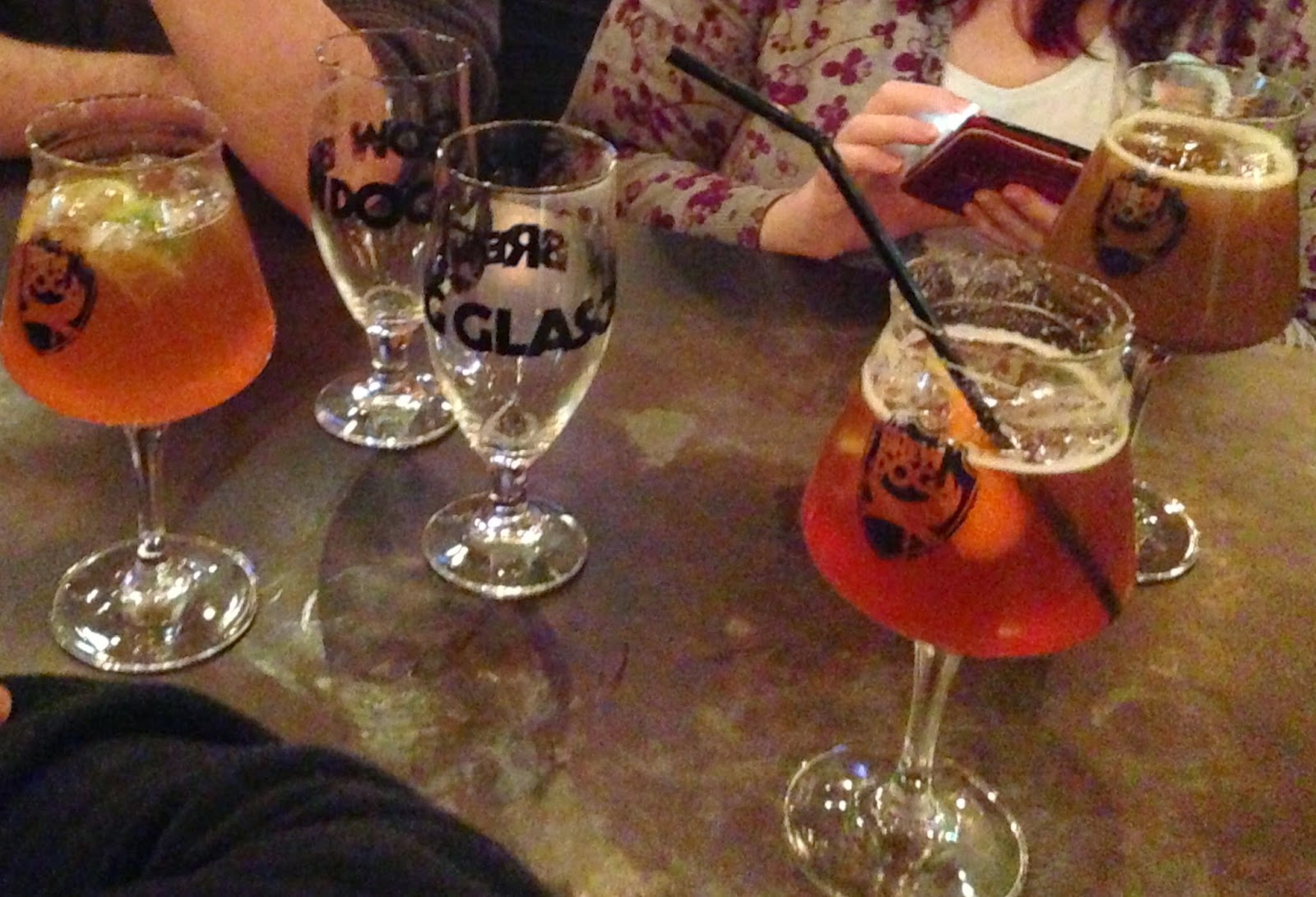 However, the seed had been planted and the concept of the beer cocktail stayed with me. Since that day I have discussed it with various beer and cocktail-loving friends. Some, like me, felt strongly that it could work if done right. Others thought it was a waste of good beer, simply a bad idea that should be forgotten.

During the hot summer days of 2014 some of us got pretty excited about beer floats. BrewDog Shepherd’s Bush created three floats, built around three different beers (Punk,  Blitz Cherry, and Cocoa Psycho). We persuaded the lovely staff there to do us a Jackhammer variant of the Punk one; a very interesting experiment in comparing and contrasting flavours. Punk + mango sorbet + fresh mango = super sweet fruit creamy deliciousness. Jackhammer + mango sorbet + fresh mango = bitter, sharp tangy fruit deliciousness. Conclusion: both versions were fantastic. The Cocoa Psycho + vanilla ice-cream float inspired us to make a DIY version at home. Beer floats, they absolutely do work. Try it for yourself.

But the success of the beer float only served to renew my interest in beer cocktails. Shortly after that a friend of mine who has a cocktail bar in Eugene, OR posted a photo of one of her cocktail menus, featuring Eugene Iced Tea: a Long Island Iced Tea finished with Ninkasi IPA instead of coke... At that point I became positively hyperactive. I started asking who was going to make me this drink in London because I had to have it. Sure I could have made a DIY version at home but i) I am not a master mixologist and I am content to leave such mixing to the experts to give it the best possible chance of success, and ii) ultimately I just wanted to drink it, not make it.

When I think of cocktails I think first of Hawksmoor. Yet I had somehow managed to visit all of their restaurants without ever visiting their separate cocktail bar* next to the Shoreditch restaurant. I asked if they would make any cocktail upon request... silly question: of course they would! On a wet, grey Thursday evening in August the three of us who had the original Glasgow beer cocktail experience (plus another friend) went to slay the demon of old ladies shoes kept in a cupboard.

Hawksmoor is known for its incredible selection of wines, spirits, and its diverse cocktail menu. One thing it is not known for is its beer selection. I have asked them in the past if they plan to remedy this. They do not. However, they do serve Kernel beers and I was perfectly happy with the idea of trying a beer cocktail made using a Kernel IPA. Once we were seated I submitted my request for four Long Island Iced Teas finished with IPA instead of coke. No eyebrows were raised. We waited nervously. If it tasted awful I would have to drop the idea forever and admit defeat. A few minutes later our drinks arrived, they were almost transparent, the palest of orange in colour. (please, please be ok, I thought) They were ok. They were far more than ok. They were everything I wanted them to be. In a traditional Long Island Iced tea I’d always enjoyed the tangy orange flavour of the triple sec. Guess what?  It matches way better with sharp citrusy hop character than it does with sickly coke. I was filled with a sense of well-being and relaxation. The demon had been slain. We ordered another round. 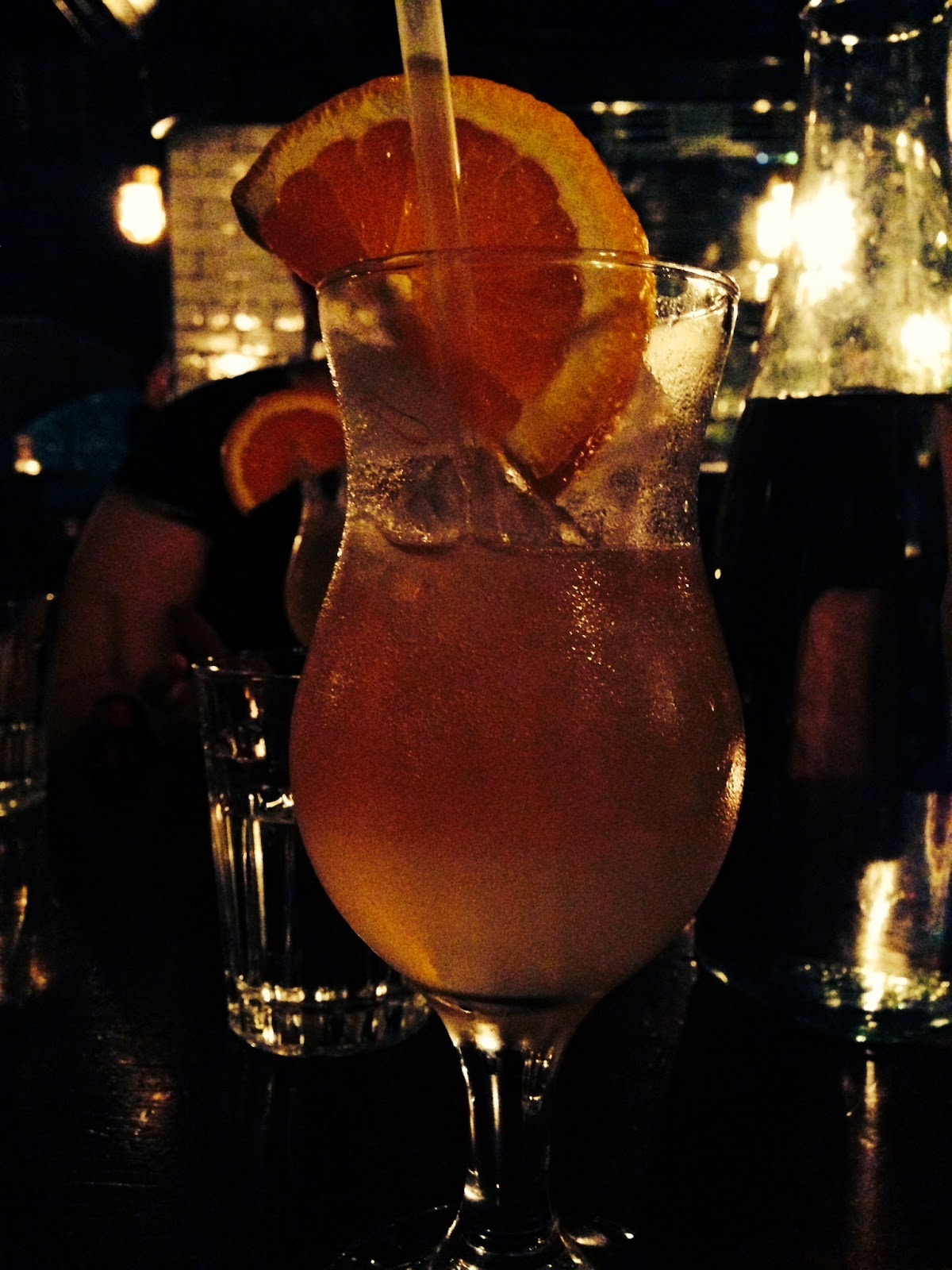 Later on our server asked where we got the idea from because the person who made our drinks thought it was a fantastic invention. I gave full credit to my friend Julie and her staff at the Starlight Lounge in Eugene. Writing this has made me crave another Eugene (Bermondsey) Iced Tea. Perhaps I’ll have to start making my own after all.

*FYI that cocktail bar is fantastic. If you love dim, dingy bars AND cocktails then you'll love it. You should go there right now.